So we talk a lot about unconditional love on this website. Unconditional love for the beautiful creatures whose home we share. But what the heck does that mean? Really? I am going to try to wrestle the concept to the ground, here goes nothing…

Wikipedia (what did we ever do before Wiki?) says ‘Unconditional love is known as affection without any limitations, or love without conditions’. The dictionary definitions (https://en.oxforddictionaries.com) are ‘An intense feeling of deep affection’ and ‘Not subject to any conditions’. So how does that apply to unconditional love for animals?
Let’s go first for cute and fluffy, easy to love, right, but without conditions? As a kid I had a Welsh Springer Spaniel, wow she knew how to chew. Mainly shoes (the occasional table leg, but mainly footwear).Then she chewed one of my new height of fashion wedgie sandals (in which I looked oh so cool, as I teetered down the boulevard…). Was I pissed with her? Oh yes. Did I still love her? Oh yes. When she had worms that she could have given to me, did I still love her? Yes. If she had had rabies, would I have still loved her? Yes, though probably through glass. Many, many years after her death, do I still love her? Hell yes.

So let’s move on to cute and fluffy, but not living in your home as a member of your family. Like a tiger. Now we love tigers, the clue is in the name. When you see a tiger walking towards you, and it looks into your eyes, the feeling you get is nothing short of profound. In that instant, for that instant, you understand the interconnectedness of all life, your Chi, your Prana, the fire in your belly, they are also in this magnificent being. Then afterwards you wonder was that distain in his eyes, was it indifference, or was he weighing up whether I would make a nice snack. So do I love this animal that I may never see again? Yes. Unconditionally? Well, the tiger leaps straight to the condition of my dog with rabies – pretty darned dangerous, not to be fondled. Does this represent a condition upon the love I feel? Not really.

Okay, what about if the tiger was about to kill me, or someone I love? Ah, now it gets more tricky, doesn’t it. If I am a villager, very poor, collecting firewood, and as I bend, I look like a deer, tiger dinner. The tiger may well not eat me, having discovered what I am (so no intent), but I am still dead. What are the realistic chances my husband, wife, sister, mother children will unconditionally love the tiger? Not that high. Now I am not in that position, so maybe it’s easier for me to have this highfalutin, groovy, hippie view of unconditional love.

I once nearly was in that position. In South Africa, with a guide, we walked to see, from a distance, three young rhinos play fighting, it was totally magical. Walking back to the jeep, there was a pounding sound, and the guide put his hand up for us to stop. Stop everything, walking, breathing, blinking, because just a few (well, 20) yards in front of us was the daddy of all rhinos, who had been attracted by the noise of the young bucks. Now, rhinos charging can run faster than me (no, we would not have made it back to the jeep), but they have very poor eyesight so unless we moved it may not see us, and also our guide had told us he was a crack shot. So I did think it likely he could get the rifle up and shoot it before it killed me. Actually, I did not think about that at all, at the time, I thought, this is it, this is the moment where it all ends. Then he snorted (rhino not guide) and trotted off to join the lads. We went back to the car, and celebrated being alive. I dined out on the story for years. Did I unconditionally love that magnificent animal? Not quite, there was a condition that it should not kill me. Would I have given the order to shoot? Yup, the panic stricken me would probably have been yelping (as I ran) shoot it, shoot it! I am not very brave. But what I did do was to decide no more walking in the bush. The day before it had been elephants (in a safer scenario, but still close). And one thing I knew for absolute sure, if for my pleasure one of these magnificent beasties ended up shot, I would never fully recover. 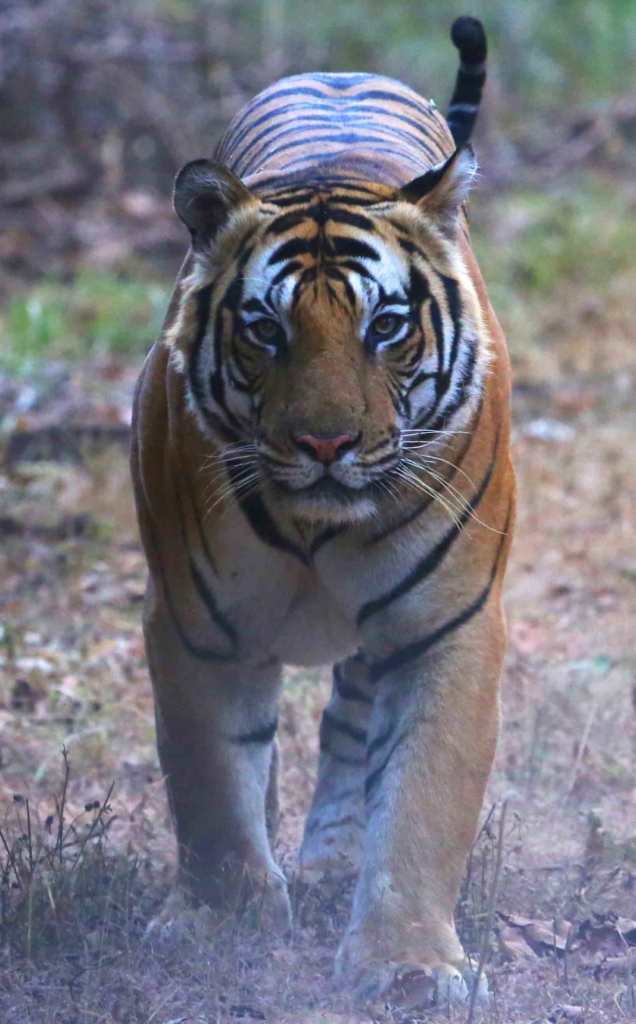 Look into my soul

One last charismatic animal to illustrate a point. I feed the birds in my garden. My Mum fed them in hers, and when she died, I took it over as a kind of homage to her. This year, there were three lovely fledgling robins, every day if the feeder was empty, they came and sat by my deckchair and tweeted until I filled it. I looked forward to seeing them. Then one day, they were gone. It was during the heat wave, and I was filled with fear they did not make it, but they may just have gone to a garden with a bigger feeder. And that’s the other thing about wild animals, if you love them, that love has to be unconditional of whether they even decide to rock up. You go out to try and see wild dogs, leopards, sloth bear, you may spend a lot of money and not see them. The robins can go off and live someplace else without writing me a thank you note. And that is their right. And that should hold for animals in captivity too – they should have a place to hide if they want to, even if it means the paying public don’t always get to see them. Just because you show up, they don’t have to.

Then we get to the less cute and fluffy. There are those of you out there who love the creepy crawlies, I am not naturally one of them. But I do respect their right to live. They are, after all, the majority of the animals on our planet, by some way, meaning their decline results in less food for larger animals (including those lovely garden birds) and without them our ecosystems services would collapse (think bee as an example). Things we are doing (anthropogenic changes) like pesticide use, monoculture (like palm plantations), loss of habitat all play their part. Many species of insect will go extinct without us ever even knowing they existed. So they are numerous, endangered, and useful, some in ways we don’t yet understand. But they are not as charismatic as pandas (or tigers). Should we also offer them unconditional love?

As a purely personal decision, this is a tough one for me. I really, really do not love the hairy spider in my bedroom. But these days I try to catch it and put it out, rather than swat it with my fluffy mule (no, I do not keep a donkey in my bedroom) . My love is definitely conditional upon it not crawling over my face when I am in bed. But I remind myself (breathing deeply as I try to slow my overbeating heart) that it shares my Prana. It probably has a tiny fire in its belly. And then there are those big beasties you get abroad, which are so fascinating to see on the outside of the glass (wow, look at that, what a totally AMAZING creature!) and so not fascinating at all as they fly at you under the lamp. The point here is that even where we are conflicted (in my case, sometimes severely!), we still need to make an effort feel the love as much as we are able in our constrained circumstance. Not just because that grasshopper may feed that beautiful bird, but because it has its own place, and its own right to exist, who am I to take that away? And who am I to not try to stick up for it, when no-one else will.

The lack of cute and fluffy afflicts marine life too. Maybe I will do another blog post sometime about the amazing migration of the wild Atlantic salmon, which is suffering catastrophic collapse in populations at the moment (did you know that? has it been on the news? nope. not cute and fluffy enough). If we killed our sheep slowly and left them to die slowly for hours, there would be National outrage. But a few weeks ago I saw a small commercial fishing boat come in on the East Coast, and the fish brought up to the beach were mostly alive, gaping in the air. It is an easy matter to chap a fish on the head, but no-one cares enough (not the fishermen, not the customers waiting in line). Maybe fish should grow fur, perhaps that will be their next evolution to cope with the pressure put upon them by us.

The conclusion, then, is that like all things in life, absolutes are very hard to find. The examples in history of absolutism have not always ended well, so maybe that’s not a bad thing. There have been loads of flies in my kitchen this last week, and I have been tormented by the fact they have been sitting on doggy doo, and now on my halloumi and beetroot salad. . But I have not killed them (so far, although teetering on the edge of reason, as well as on a chair ineffectually flapping my tea towel at the window where the fly of course no longer is). But do I think a poor family in the Southern hemisphere have less rights than a malaria carrying mosquito? Of course not.

So what we have to do, I believe, is to do the best we can. Hold unconditional love as our intention. Do our best to live it. When we have an opportunity to do the right thing, do it. Don’t beat ourselves up when we fail, just get right back up and carry on trying. Sometimes that is going to be very testing, but then, the really worthwhile things often are.

I am going to end this blog post with some of the lyrics of the Corrs’ song ‘Unconditional’. For me this is a song about great big love, sometimes risky, sometimes scary, but fated in the stars and inevitable, like my love affair with all the animals of the earth. An anthem to try to live up to. 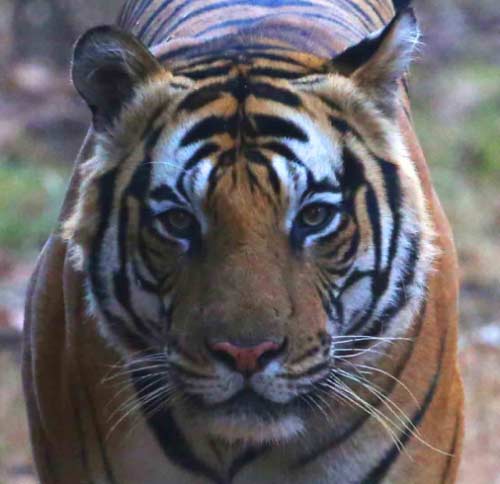 This website uses cookies. If you continue to use this site you are consenting to the use of cookies on this site. Find out more.
Go to Top